Disclaimer: My family and I were given a complimentary Lollipop Motel CD and beach party admission. All thoughts and opinions expressed are my own.

You can’t be a true Jersey Girl without a love for the Jersey shore, right? Fist pump. Growing up, trips to the Jersey shore with family and friends were always a memorable part of my summer vacations, and today not much has changed. Nothing spells summer vacation like the sea salt smell in the air, a Kohr’s frozen custard in my hand, and well, these days…a massive beach cart “Jam-Packed” (Sing it, Jason!) with sand toys and two kiddos dangling out of it!

When Jason Didner invited us to have some fun at the Family Beach Party/Album Release of Lollipop Motel, I dressed my kids in their beachy best and we hit the road with G & M’s favorite Aunties in tow. There’s nothing like a pre-Memorial Day day at the beach, the Old Mogul Theater “beach” that is. With help from the band and our imaginations, the historic dance hall in Montclair was transformed into a boardwalk scene with music, face painting, crafts, games, and food. 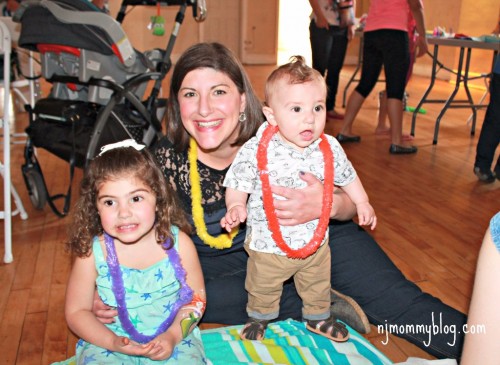 When we got to the Old Mogul Theater, we were greeted by the ultra upbeat and talented, “Jersey Jason.” Jason Didner and the Jungle Gym Jam released their first award winning album, Everyone’s Invited, back in 2014, and now they are celebrating the new release of their second album, Lollipop Motel, which captures the wonderful moments of a family trip to the beach. 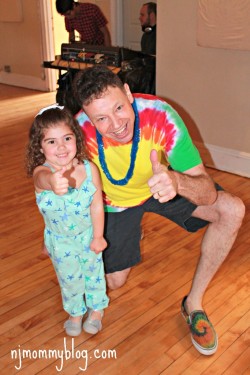 We had a great time at this entertaining event. Special guests Miss Nina, popular children’s singer/songwriter, and Baze, Lollipop Motel album producer, Marc Bazerman, opened the show and got the kids up and moving. 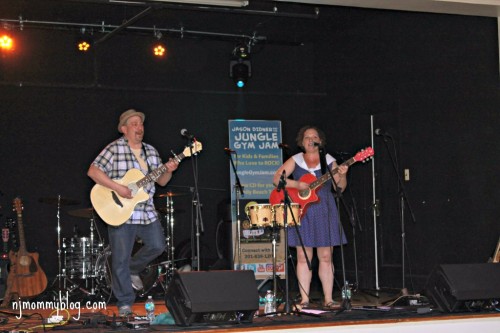 Jersey Jason, his wife and co-songwriter, Awesome Amy, and the rest of the Jungle Gym Jam rocked the stage, playing all 12 songs from Lollipop Motel, while the kids ran circles on the dance floor showing off their moves. 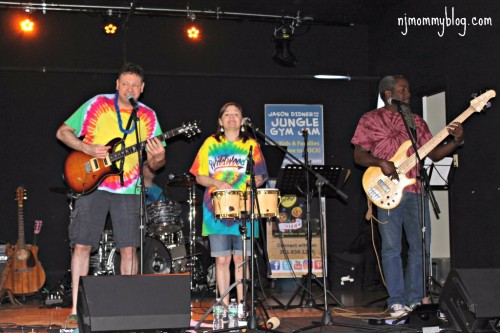 It was impossible not to sing and dance along. 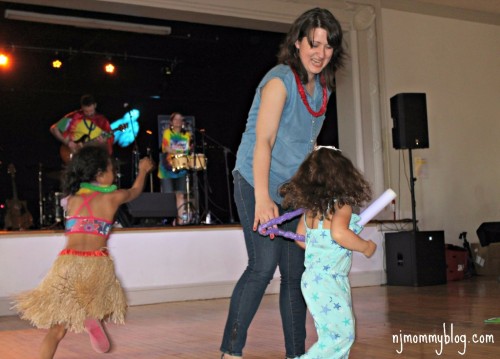 Even little M was on his feet and cooing along to the music! 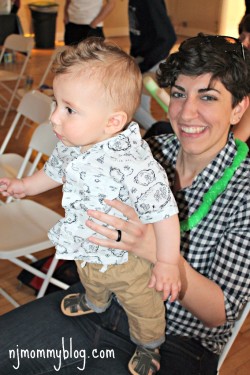 Some of our album favorites: 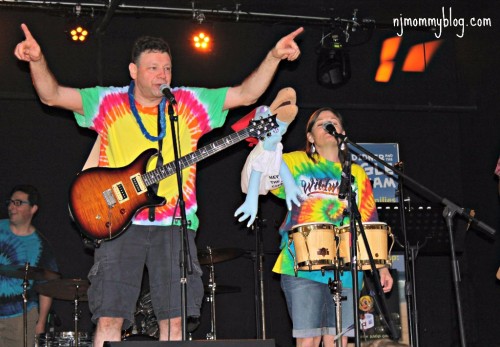 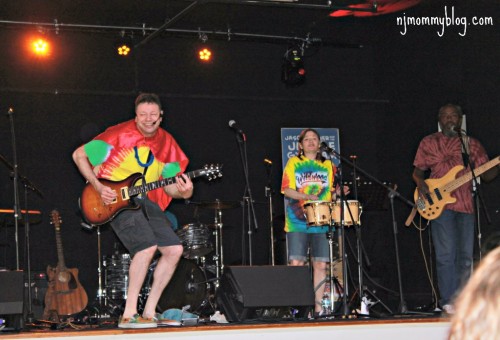 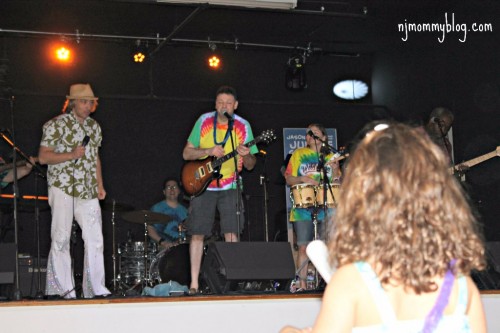 Along with the fresh beachy beats, sea shore inspired face painting, arts and crafts, food, and games kept the kids excited and entertained. 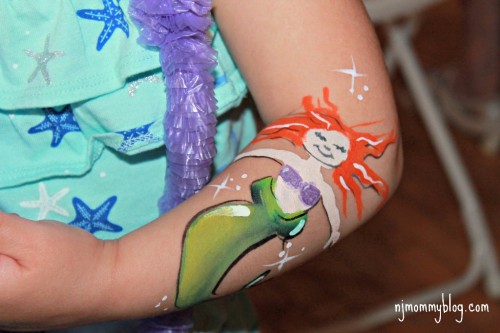 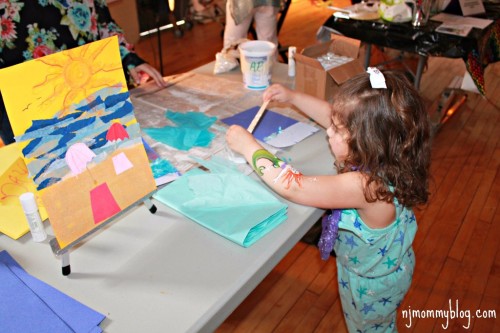 There’s something special about the Lollipop Motel album. Simply put, it’s good music to share with your kids! I’m not going to lie, most times when G hops into the car and asks me to put on “kids music” I cringe a bit and turn the sound balance all the way to the trunk. Lollipop Motel is different. The lyrics are catchy and well-written, and the music itself has a great sound. Plus, all the songs have a beach theme, which is really fun. Lollipop Motel will put it’s young listeners in the beach spirit; it’s a great album to put on for the kids as you ride down to the Jersey shore this summer. In the album’s 12 upbeat songs, Jason Didner and the Jungle Gym Jam really capture the golden moments of being a carefree kid having a blast at the beach. 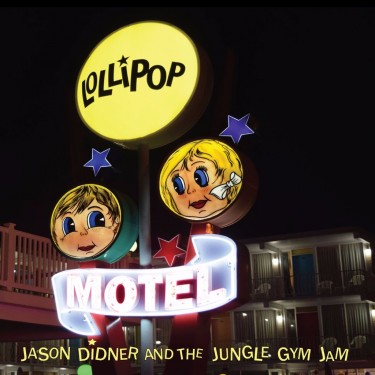 “I really liked that concert! Can we go again, Mommy?” G asked as we headed to the car. We will definitely try to catch this band again during the summer.