The heat and humidity of summer has really kicked in and in an effort to stay cool we recently took a trip to another great NJ playground, Snyder Ave Park & Sprayground in Berkeley Heights.  Even though staying inside with the AC on full blast sounded appealing to me, it was just not going to cut it for my active toddler, G.  After having a great time at Ponderosa Park & Sprayground in Scotch Plains, we were eager to head to this new park and give its JETS-themed sprayground a try. 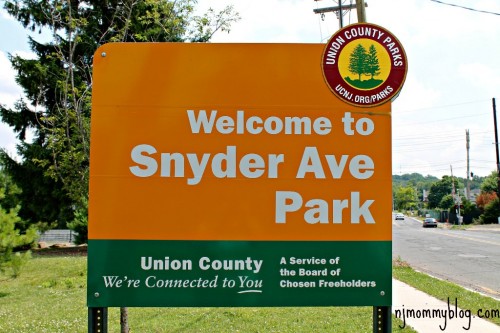 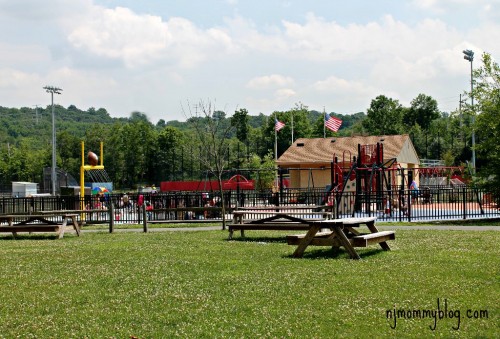 My first impression of this park was that it was small and I was initially disappointed. However, I quickly changed my mind when I realized small was one of its biggest perks.  The park was not only small allowing me to see G at all times, but it was completely fenced in.  Plus, the spray area, adjacent to the playground, was also fenced in with a connecting gate (with child safety latch) to the playground.  What did this mean to me? A worry-free experience.  I could hang out on a bench in the shade while G ran free.  For this reason, I would definitely recommend this park if you are a parent with several small children (who like to run in different directions) or if you are trying to manage with an infant and other children.

We spent the first part of the early afternoon in the playground area. It had a rubber surface with a low to the ground, enclosed play set for young children, a separate play set for older children, and a row of swings including a set of handicap accessible adaptive swings.  The park and sprayground also had the added bonus of being free and open to the public, meaning you don’t have to be a town resident to enter. 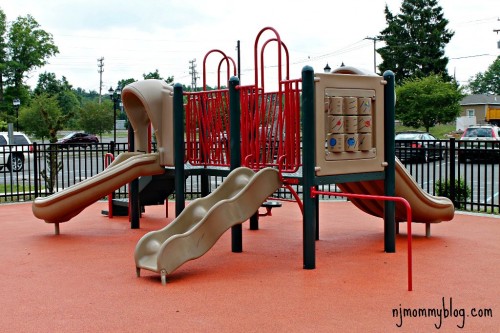 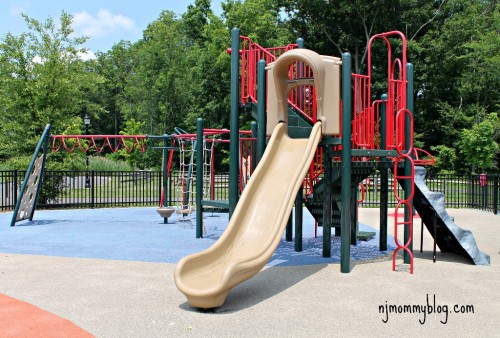 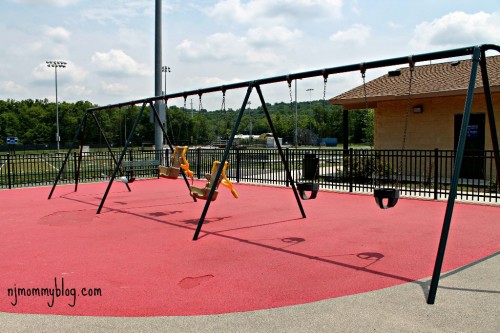 After G worked up a sweat running from play set to play set, she was ready for the water area. The sprayground was so cute. It replicated a football field complete with a showering goal post. This kid just loves the water and I laughed as she frolicked from fountain to fountain sticking her head in the sprays. I kicked my flip flops off and enjoyed the sprays as well. With little shade on the playground or spray area it was hot! Would it be weird if I just casually stood “watching G” under the goal post shower?? 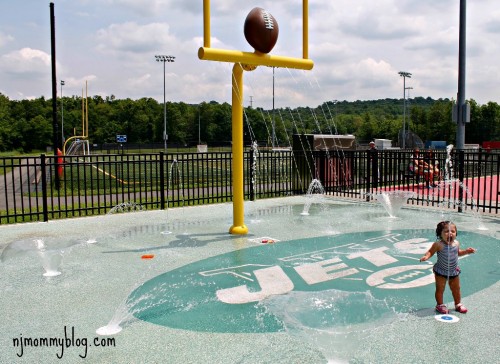 I brought water toys for G and several other kids brought them too, which made it even more fun. The spray area was a great spot to cool off! After spending some time there, we headed back over to the adjacent playground to dry off and then headed to the picnic area for some water and snacks. 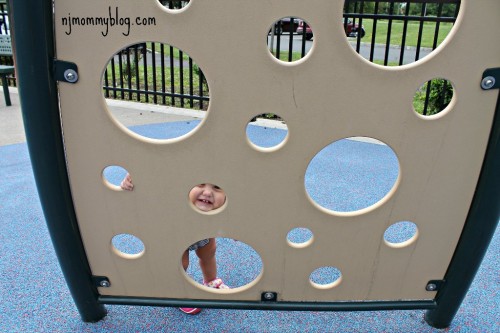 What a great afternoon at Snyder Ave Park! I decided I definitely want to return for a playdate with a group of my friends and their kids. It is a great place where we can hang on a park bench and chat while watching our young kids play in this small, safe, enclosed park.

At the end of the afternoon, I had one tired toddler on my hands! That meant a quiet sleep-filled car ride home for G and a drive through stop at Dunkin’ Donuts for an iced coffee for me. 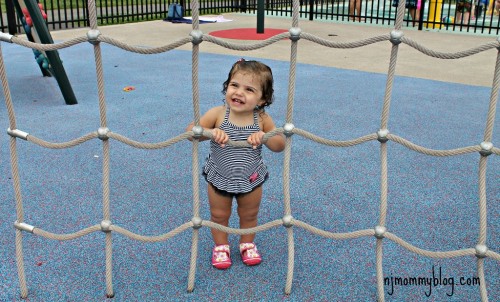 First time at a sprayground?

Optional:  water shoes, water toys, pants to slip over bathing suit in case the nearby playground equipment is hot, a dry set of clothes for the ride home